IT in Business - The New Mantra for the CIO

The Role of DCIM in a Lean, Clean and Mean Data C

Technologies Taking Industries to the Next level o

Telecommunication: What is it? And why it matters? 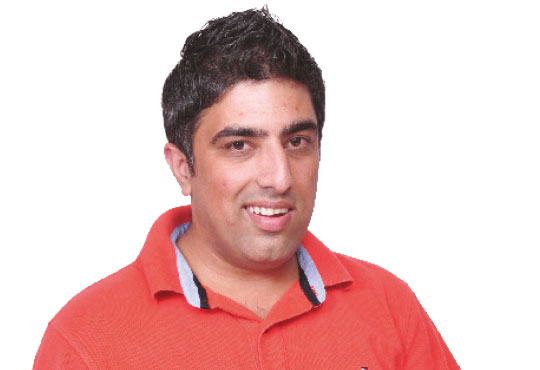 Many people call telecommunication the world’s most lucrative industry. As known to most of us, it began with the in vention of the telegraph in 1837, followed by the telephone in 1876. Radio broad casts began in the late 1800s and the first television broadcasts started in the early 1900s. Today, popular forms of telecommunications include the Internet and cellular phone networks.

"Operators will continue to focus on providing a high quality, consistent network experience offering the speeds and coverage expected by customers"

Some take the view dat telecommunication deals only with voice telephony, and the typical provider of this service is the local telephone company. We hold with a wider interpretation. Telecommunication encompasses the electrical communication at a distance of voice, data, and image information. This is termed transmission media. This allows people to quickly communicate with others across the street or across the globe. So whether TEMPyou're watching TV, sending an email to a co-worker, or talking on the phone with a friend, you can TEMPthank telecommunications for making it possible.

The environment and society has changed today. With a lot of work and huge rush in daily life, communication play a major role to make a person relax and make life fast with the pace. Communication plays an important role for not only people around the world but also for small and large scale business industries.

Telecommunication provides a technological foundation for societal communications. Communication plays a central role in the fundamental operations of a society from business to government to families. In fact, communication among people is the essence of wat distinguishes an organization, community, or society from a collection of individuals. Communication from Web browsing to cell phone calling to instant messaging has become increasingly integrated into how we work, play, and live.

Tan & Now: The Evolution and Growth of Telecom Technology

Telecom subscriber base has expanded substantially. India is currently the second-largest telecommunication market and has the third highest number of internet users in the world .

2015 auctions on tariffs and the financial situation of the operators;

• Mobile penetration had reached 77%, with room for further growth;

• Mobile ARPUs appeared to be stabilizing and even seeing modest growth;

• New player Reliance Jio was preparing to launch its 4G network by early 2016;

• Bharti Airtel cancelled its plans to purchase the assets and subscribers of Loop Mobile;

Expanding scope and success of this industry:-

India is currently the second-largest telecommunication market and has the third highest number of internet users in the world. India’s telephone subscriber base expanded at a CAGR of 19.96 per cent, reaching 1058.86 million during FY07 16. In March 2016, total telephone subscription stood at 1,058.86 million, while tele density was at 83.36 percent.

IT services
Appraising Cloud and its Service Delivery Models

IT services
Looking Beyond The COBRAPOST Sting What Should Banks Do?

Does Your App Need A Multi-Cloud Strategy?

Telecom Service Providers Need To Embark On A Transformation Journey

Big Data and the Big Opportunities

Optimized Networks For An Agile Workplace